Here at WildGrounds.Com, the year 2013 has been really slow.

We’ve discovered less asian films than usual, making more drastic choices in what to watch — we are just getting old! — as many film projects have failed to sound remotely exciting. When we look at the Japanese film production, it’s always to hear about another useless live-action adaptation of a popular manga/drama — giving us the opportunity to (re)discover a story in a flat, non-cinematic way. Looking elsewhere, the independent asian directors are so sensitive & subtle they are unable to tell visual stories — being mostly judged on their good intentions. And what about the Chinese blockbusters, the censored stories, the stylistic effects, the ungraceful soundtracks…?

Hopefully, asian movies aren’t always stuck in these clichés, some of them have successfully taken us into incredible worlds that have woken up the inner child in (all of) us! That’s what we want to share with you!

The South Korean remake of the Hong Kong thriller Eye in the Sky, which was released only few years ago. Well, the final product is a solid, efficient, straight-to-the-point story. Benefiting from a larger budget, the film is visually more impressive, more ambitious, the surveillance team has some nice modern tools to play with — it doesn’t have the charm of the HK low-cost-DIY spirit though. And it’s nicely executed, despite some stylish effects, the film delivers watchable action scenes where some tiny details can play an important role. Overall, it keeps the story engaging & entertaining.
• Available on HK DVD (English-subtitled)

He has been directing tear-jerking thrillers for several years now, and in 2013, Dante Lam has decided to work on another genre, a Mixed Martial Arts film! Still, he loves to portray traumatized characters broken by life, and offers some nice sequences — the training scenes with Sound of Silence, the violent yet enjoyable fights, the scenery of Macau. In some aspect, the film is very similar to Korean fight film Fists of Legend, which also offers some tear-jerking scenes, with a solid script. But it lacks the charm of Dante Lam’s film.
• Available on HK DVD (English-subtitled)

HOW TO USE GUYS WITH SECRET TIPS

This is the debut feature-film of a promising South Korean director named Lee Won-suk. This rom-com follows a woman, working as an assistant-director stuck in a man’s world, and obviously, she doesn’t understand some basic mysogynistic rules. The story is quite classic, the real surprises come from the many visual ideas used to bring originality into the narrative. The director wants to find cool ways to tell this light-hearted, colorful & fun story, to visually translate the main character’s social inability while mocking the social principles of this society. Give it a try!
• Available on UK DVD

SEE YOU TOMORROW EVERYONE

At first, I thought it was one of these nice quirky yet forgettable japanese films. In the end, it revealed the awesome talent of director & screenwriter Yoshihiro Nakamura. Starting with the story of a school boy who copes with trauma by refusing to go outside a certain zone, Nakamura depicts the life of a public housing projects over the years, with the boy growing up, turning into a man who sees his friends leaving the projects. Behind the simplicity of this starting point, there’s an ambition to mix genres, to describe characters in many engaging ways — they’re sad, strange but always touching. Quite beautiful, it’s an easy way to enter into the world of Nakamura!
• Available on UK DVD

The kind of film discovered without nothing anything about the story, nor having expectations, barely knowing who was the director — screenwriter of I saw the Devil, and director of an uninteresting historical drama. But as soon as the film opens, after the first few shots, it already feels like it’s going to be a solid thriller. Lovers of South Korean thrillers won’t find anything really new, it’s classic, the music has this fatalistic vibe, and the story doesn’t care about morality — police officers or gangsters, same thing, same obsession for power & money. Classic, elegant, entertaining.
• Read the review
• Available on US DVD

Johnnie To keeps exploring Mainland China, this time, it seems his investors finally decided to let him direct what he does best, a cop drama/thriller. No more tasteless rom-com, yay! What follows is an incredible grim film, far from the local production standards as it deals with obsessed men — let it be with the need to survive or an ideal of justice — wandering in a corrupted & violent China. Despite some concessions made to the censorship, it’s a true pleasure to rediscover a Chinese thriller with balls & enjoyable action scenes.
• Read the review
• Available on US DVD/BR

JOURNEY TO THE WEST: CONQUERING THE DEMONS

Taking one of the most important classic book in Chinese literacy to deliver an amazingly fun film featuring engaging scenes, while telling the story of a spiritual quest. At the director’s chair, Stephen Chow (plus Derek Kwok?) creates a visual narrative work, filled with tons of ideas, playing with different tones–sometimes in the same scene, it can go from joy to tears. Even though, the pace or special effects are far from perfection, Journey to the West proves to be an amazing entertainment.
• Available on HK DVD (English-subtitled)

An epic adventure from Tsui Hark. Putting aside all the mysterious parts of the first film, this sequel acts like a fast-paced ride. It’s a simpler, more dynamic film, describing an incredibly colorful country ruled by an imperial power that tries to eradicate rebellion & corruption. Behind the glorious beauty of this world, the director reveals the inner ugliness of all of these powerful people. The film is an amazing entertainment, delivering crazy ideas, with stunning fight sequences & original narrative choices. Amazing yet flawed, the film contains extremely visible visual effects, which does not affect Tsui Hark’s ability to experiment, to create this subversive story — young Dee pisses off almost everyone.
• Available on US DVD/BR

We had to wait over 5 years, more or less, to finally be able to watch this film. HK director Wong Kar-wai brings a personal approach to the kung fu film genre, in fact, while the project has often been presented as another biopic of Bruce Lee’s master, the film proves to be quite different. As it focuses on different martial arts grandmasters living through troubled times, showing how life has affected their own perception of kung fu. Which explains somehow the fragmented non-conventional narrative, trying to portray several characters — even though, they’re not all that exciting, in less than 2 sequences, “The Razor” reveals so much potential that we won’t get to see — and it delivers from extremely touching and beautiful scenes!

5 Most Anticipated Movies at Comic-Con 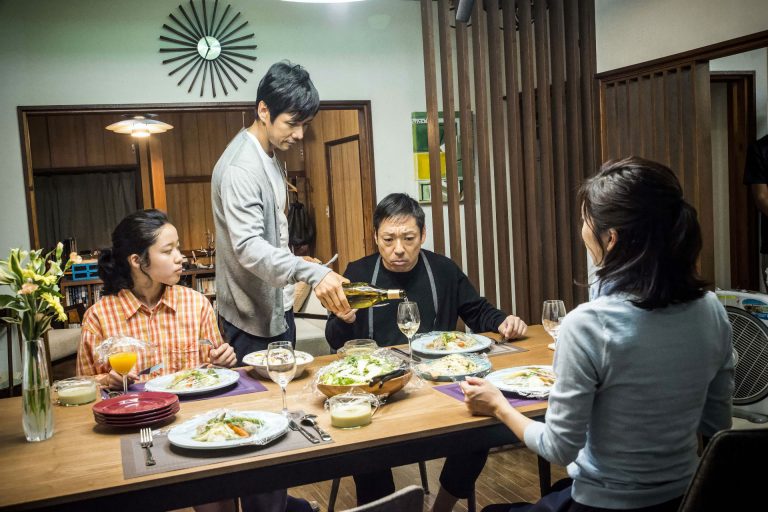 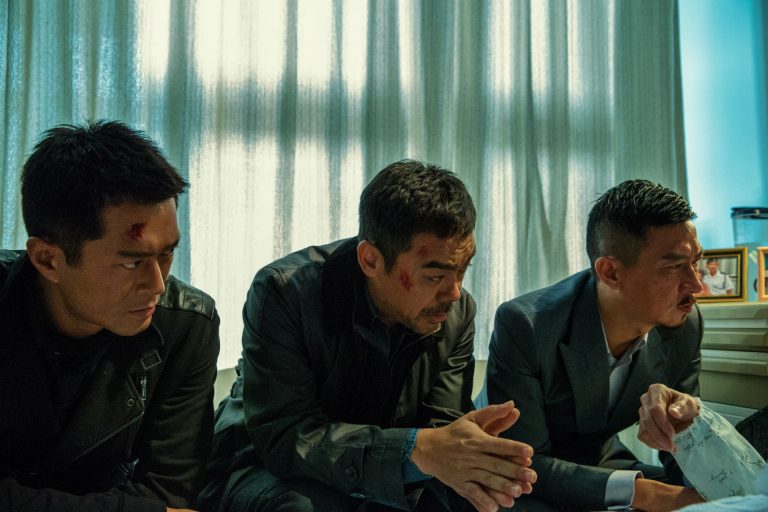