Takashi Miike is full of surprises. The man has gained wide attention in the West more than 10 years ago with horror/gore films such as Audition, Ichi the Killer, Visitor Q… Miike has always been an active director, always working on new projects, trying different genres, different subjects, delivering 2 or 3 films each year, becoming one of Japan’s most notable commercial directors.

Most of his films have still to find their ways on video in the West. But, at the same time, some of his films have also (finally?) been selected in prestigious film festivals, like Cannes or Venice. The days of indie gore flicks are long gone…?

In the last few years, Miike has made some interesting choices. The most striking ones came with the samurai films 13 Assassins, and Hara-Kiri. With those films, Miike wasn’t just remaking Japanese classics, he was also trying to figure out how the old Japanese filmmaking worked, how to create cinematic experiences. At the time, people thought Hara-Kiri was going to be bloody and violent, Miike-style, when in fact, the film was more of an intimist drama, focusing on characters, on emotions.

Over your dead body is like a mix between Audition & Hara-Kiri: the making of horror with style and elegance.

This is the new film adaptation of a classical Japanese ghost story — The Ghost Story of Yotsuya aka Yotsuya Kaidan –, trying to explore and play with the psychological aspect of the story. That means, keeping the distinction between reality and fiction, between theater and movie unclear. While focusing on the two main characters in order to create a closed (mental) experience.

The film follows a pair of lovers in life as well as on stage. One of the most interesting ideas is precisely how the film creates these astonishing on stage scenes, visually stunning. It’s a great reminder of the production design work done by Yuji Hayashida (Tokyo Tribe) and cinematographer Nobuyasu Kita (13 Assassins) who has been working with Miike for a few years now, bringing clear cinematic elements to Miike’s world.

These scenes are carefully & beautifully shot, it looks like the best of Japanese cinema during the Golden Age (1950s). It takes advantage of a studio set in terms of mise en scene, framing — frames within frames, lightning… every elements possible to reflect the state of the characters. The stage becomes clearly cinematic…

… Over Your Dead Body has a very slow-paced, following few days of the final rehearsal of this famous ghost play. It is very calm, the soundtrack is discrete, overall, it is really quiet, with not that many dialogues — Miike is working on the visual aspect, the mise en scene, the actors performances. Everything has to be cinematic.

And that’s also one of the weak point of the film. The story takes ages to move forward, it is too slow, obsessed with aesthetics. The narrative structure fails to build up a powerful and dramatic climax, it is cold and soulless, with characters stuck in neverending and lifeless rehearsals. Even though Miike maintains some kind of mystery about this story within a story, he keeps some distances with the subject, delivering this visually fine product yet over-long. Calm, slow… boring.

In the end, it was exciting to discover Takashi Miike directing one of his finest cinematic stories in years, playing between the world of theater and movie to reinforce his understanding of cinema. Ultimately, Over Your Dead Body appears to be an empty shell, failing to explore and use the horrific and dramatic parts of this ghost story. Some late bloody scenes can wake up the audience, still, it doesn’t save the film from its obsession of aesthetics.

A Look at Ryoo Seung-wan’s The Unjust 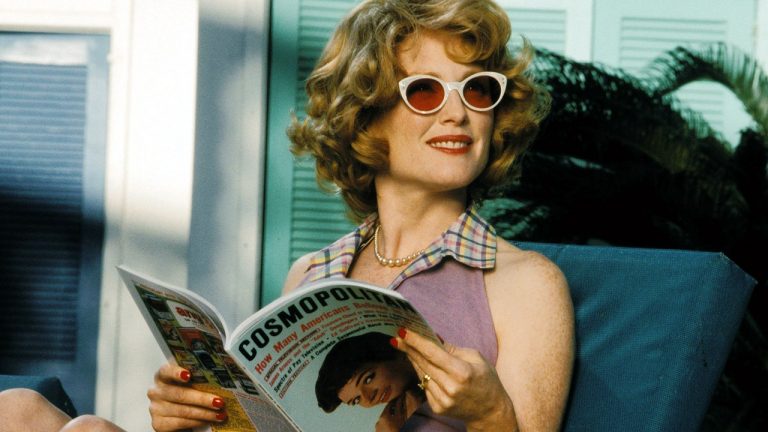